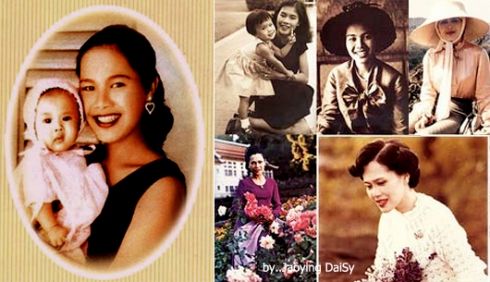 August 12th is one of the most revered days of the year for Thai people?
Not only it’s The queen birthday but also

When I was a little girl, of course I love my mom every days but Mother’s day it’s very special for Thai people. Thais even have a Mothers Day songs…2 songs actually

Though ‘The Value of Breast Milk’ is considered the most important and recognized song on Mother’s Day in Thailand, there is another well-known song called

2. ใครหนอ: krai nŏr : ‘Guess Who?’
which I would like to recommend to those who are learning Thai. This is to show how much Thai people place importance on their Mother’s Day.

Since 1976  , the  National  Council  on  Social  Welfare  of  Thailand (NCSWT)  has  been organizing an activity called National Mother’s Day in which the awards will be presented to outstanding mothers – also regarded as model mothers.

In National Mother’s Day 2012, the awards will go to 214 outstanding mothers.

Furthermore, the awards will also be presented to those who have expressed their gratitude to their mothers and reciprocated with high royalty.

How to select the nominees ?

1. Paying constant attention to parents and taking good care of them
2. Lightening the load of their parents’ burdens
3. Obeying the parents’ instructions
4. Adhering to moral precepts and admiring their families
5. Making good contributions and being accepted in the society

We all have mother..no matter what the circumstances are….
No matter how is the relationship between our mother is like..
She is still our mother… 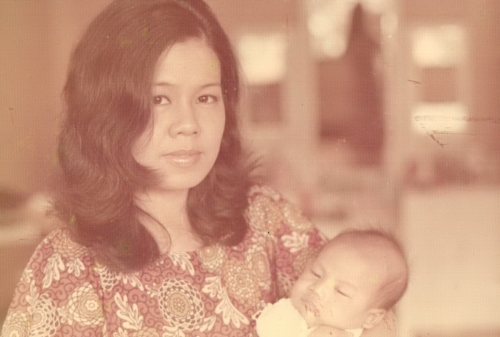 When I think about my mom the first thing comes to mind is her beautiful face and her beautiful voice especially when she sing to me.

She used to be a professional singer. As you can see in the VDO, I probably got some of the talent from her more or less..

what is the most memorable moment of your mom?

← Learn Thai proverbs
The fine line between slang and profanity. →